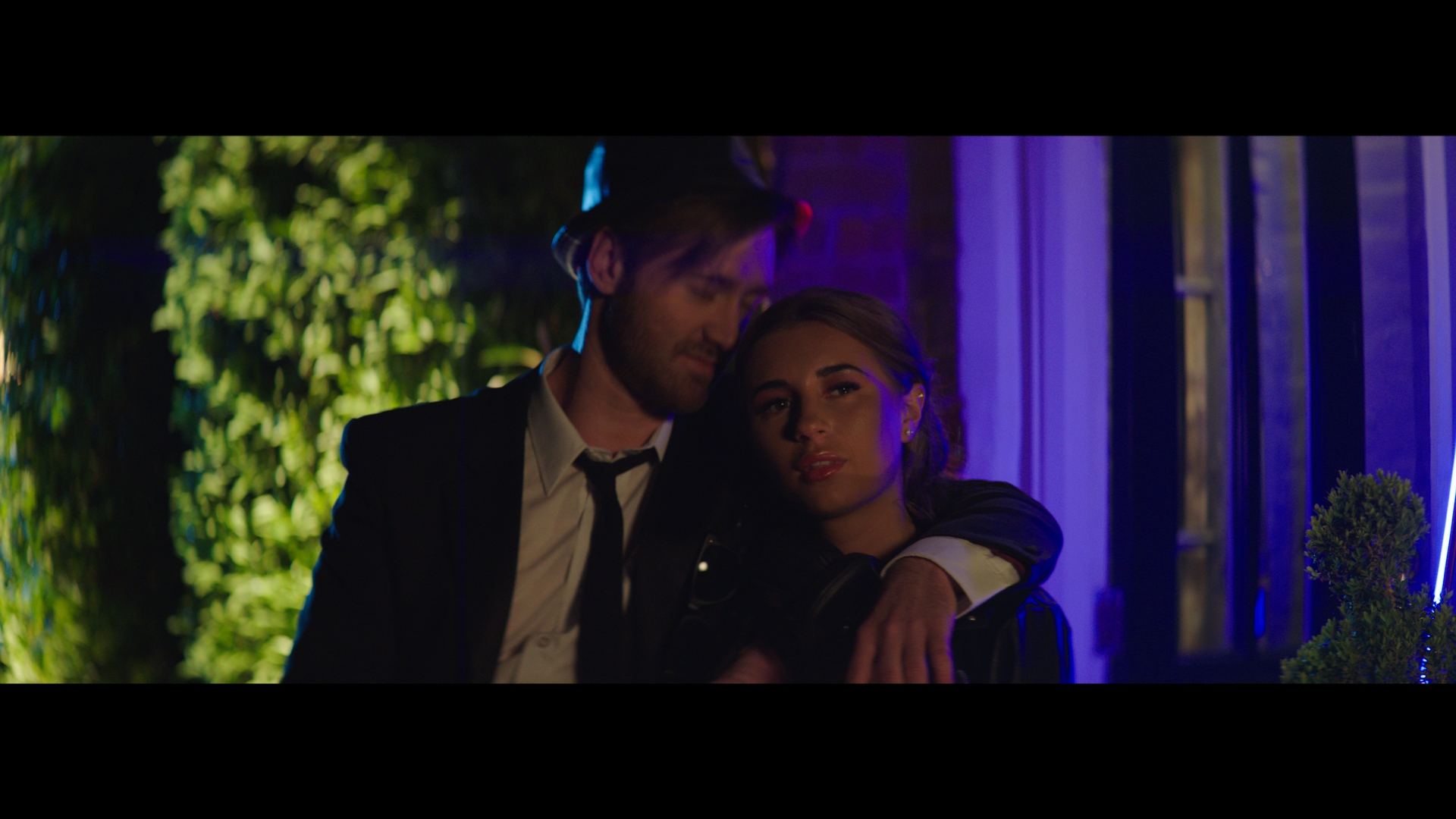 When I first found out that Dani had been cast in Heckle I was incredibly excited being a huge fan of her fathers – Danny Dyer. Her father is such a truthful actor which, as actors we all strive for. I’d seen some of Dani’s (his daughter’s) work too and it was clear that acting talent runs in the family. Dani’s is very similar to her father in that respect, as she performs from the heart. When she’s acting, she doesn’t try to play a stereotypical character but she really breathes life into the character and lives the role.

Playing Luke, her boyfriend, it was essential that we developed a chemistry that made our on screen relationship watchable and believable for audiences. I remember back in November last year, me and Dani getting to set early before our scenes would be filmed so that we could work on our characters. We spent hours making our own little scenes that weren’t in the script. We would act them out to really give us a feel for who the characters that we were having to play were and what there motivations are.

Dani taught me some valuable lessons in that she stopped me overthinking the character and I remember her being grateful to me for letting her try different  ways of playing a key moment in one of our scenes that she wanted to really get to the truth of.

We both spent a lot of time improvising around certain situations that we created (that weren’t scripted). For example we discussed what it is like to be in a real relationship and one of the key things we flagged up is that most people who are dating are not always in agreement and its not all romantic and fairytale-like. This allowed us to improvise (whilst in character) arguments as well as challenging the character’s beliefs. This worked incredibly well and enabled our characters (Luke and Lucy) to establish a solid connection in the rehearsal room. It allowed me to truly understand Lucy (Dani’s character) and have a profound realisation why my character is attracted to her – ultimately the reason Luke (my character) is dating with this girl.

I believe Dani found the same understanding in her acting of this role. Only by working together and working hard at exploring the many layers of what a relationship is, were we able to develop a solid chemistry in the rehearsal room which then enabled us to carry on to the film set for when the cameras were rolling.

By Dani being so professional and truly committed to finding a fully rounded and three dimensional character was I, as an actor able to do the same. It was a pleasure to work so closely with such a talented young actress who also became a good friend through our work together. It is quite clear to me that Dani has a solid acting career ahead of her.

I guess what is pretty weird now is having done so much work on building on screen love between me and Dani, then watching her in ‘Love Island’ – Dani finding what seems to be true love with Jack. It’s so nice to see Dani happy and finding someone who seems to really appreciate her for who she is. I think the reason the public like Dani so much is that she is so genuine and there is no falseness to her. Having got to work so closely with her and get to know her as a person, it’s clear that what you see on screen in ‘Love Island’ is what you get with Dani – a caring and sweet person who is intelligent and funny. Jack is one lucky boy!